Now, this is a story all about how, my life got flipped turned upside down and I’d like to take a minute, just sit right there, I’ll tell you how I became the prince of a town called Bel-Air.

On September 30, 1990, The Fresh Prince of Bel-Air first aired on NBC. The show was centered around Will Smith, who was sent to live with his rich aunt and uncle in Bel-Air to get away from the streets of Philadelphia in hopes to live a better life and getting a good education.

It was the first time a Hip Hop star was allowed to enter the sitcom world and help pave the way for the genre to eventually take over popular culture with its unique style, music, stories, and comedy.

The show starred Will Smith, who along with his good friend DJ Jazzy Jeff was enjoying a successful rap career with singles such as “Girls Ain’t Nothing but Trouble,” “Parents Just Don’t Understand,” and “A Nightmare on My Street.”

“With the music, you never know where you might be and you’re waiting for whether or not your record hits,” Smith told E! News in an interview before the show aired in 1990. “It’s like with this, if the show hits or doesn’t hit, I’m still in the same place…it’s just a lot more stable. The music started as a hobby, so I wasn’t trying to have it lead me anywhere. I guess God had different plans for me.”

Just one year before the first airing for the show, the hip hop duo won the first Grammy given in the genre of Hip Hop for their hit “Parents Just Don’t Understand.” They made headlines by deciding to boycott the Grammys after they were told the category of Best Rap Performance would not be televised.

“We chose to boycott,” Smith said following the decision. “You go to school for 12 years, they give you your diploma, and they deny you that walk down the aisle.”

At the time, there weren’t many sitcoms that featured a family of color, but it was starting to change. The Cosby Show, A Different World, and Family Matters, were three sitcoms airing at the time that showed a predominant cast of people of color. Otherwise, weeknights were dominated by shows such as Roseanne, Who’s The Boss, Murphy Brown, and Cheers.

As Smith and Jazzy Jeff failed to duplicate their success with their third album And in This Corner…, the rapper began to question his next move as he was running low on the money made from his past success following frivolous spending and failing to pay the IRS his taxes. That is when he then went to the Arsenio Hall Show where he met VP of A&R Warner Bros Benny Medina for the first time.

At the time, Medina was pitching a show to Quincy Jones based on his own life experiences moving from Watts to a suburb in Los Angeles, and invited Smith to a party at Quincy Jones’ house where he was introduced to the show for the first time.

“I meet Benny,” Smith recalls. “He pitches me the idea for this show. I’m like, ‘Alright, I’m not an actor. Cool. He says I want you to meet Quincy Jones, he’s producing with me.”

When he got to the party in December of 1989, he was met with a surprise. The script to the show, and a surprise audition in front of NBC president Brandon Tartikoff 10 minutes later. Nervous about an audition so soon after being handed a script titled “a failed Morris Day pilot,” Smith then asked if he could delay the audition for one week. That is when Quincy expressed the words that changed his whole life.

“Head of NBC, Brandon Tartikoff is out there. I’ll get him to schedule for next week,” Jones said according to Smith. “Then you know what’s going to happen? Something is going to come up from now and he’s going to reschedule. Three weeks from now will be good. Or, you could take 10 minutes, right now, and you can change your life forever.” That is when according to Smith he said, ‘F*** it, man. Alright, give me 10 minutes” and went along with the impromptu audition.

“Three months later, we were shooting the pilot,” and thus The Fresh Prince of Bel-Air was born.

What was unique about the show at the time, was its openness to show and express hip hop culture, and to show black characters in a spectrum of different roles such as a successful lawyer, butler, Princeton hopeful, and school teacher. Smith brought the swag from his hometown of Philadelphia and introduced the family to new music, dances, and fashion – all which left a big impression on Ashley Banks soon after he moved in.

“The Cosbys were affluent,” Quincy Jones said in a conversation with Time. “But the Banks’ were wealthy. I don’t think you’d ever seen a wealthy African-American family on television until Fresh Prince, and you definitely hadn’t seen a kid from the hip-hop generation until Fresh Prince.”


“I think Fresh Prince and the success of the show was the final piece that cemented hip-hop into the pop culture lexicon,” he later continued. “Throughout our history, African-American music and culture has always been a barometer for a coming social change in America – the Jazz Age in the 30’s and 40’s, be-bop in the 50’s, rock-and-roll which is really the blues in the 60’s, the empowerment movement of the 70’s with Marvin Gaye, Aretha, James Brown and others, and hip-hop in the late 80’s. I had a lot of the rappers on my album “Back on The Block” in 1989, so I was very aware of the shift that was happening with hip-hop and its genesis early on. It was the next evolution of our music.

It was a perfect blend of comedy and a showcase of the black experience that has never been portrayed in such a way before touching on topics of race from inside and outside the community.

On the sixth episode of the first season, we see Will and Carlton get mistaken for two car thieves in a white neighborhood and sent to jail, only to be bailed out by Uncle Phil and his lawyer partner Henry Furth after threatening to sue the police department for discrimination.

On the sixth episode of season 2, episode 6 Smith’s aunt Janice brings her new fiancee home to the family for the first time, only for everyone to be shocked to learn he was a white man. At that point Will’s mom Vy threatens to skip the wedding.

Then also include iconic episodes which are still recited, and meme’d today!

Who can forget the time Will and Carlton went to Las Vegas and lost all of their money only to enter themselves in a dance contest?

Or that time the cousins accompanied Ashley during her first live performance.

What about when Carlton hosted Bel Biv Devoe for a music video at Uncle Phil’s mansion only for things to go terrible wrong.

Of course, we can’t forget that powerful moment Will Smith’s dad Lou came back into his life years after he first left his life, only to leave once again once the two bonded once again. As he turned around with tears in his eyes and passionate told his uncle, “I had 14 great birthdays without him. He never even sent me a damn card. To hell with him!”

Will broke down that scene during a conversation with podcast Rap Radar in 2018.

“James Avery wouldn’t give me a damn inch,” he said. “Everything I said and everything I did for James Avery he was like “no, not good enough. You have this position, look where you are, look at what you are blessed with. I’m sorry but I am not accepting anything other than absolute committed perfection from you.” And at that time I was ballin! James Avery wouldn’t give me nothing. He was the model for me. James Avery was so serious and I would look at him and he had that acting power I wanted to have. He would listen to my music and say ‘nope, nope.’ So we’re doing that scene and I’m having a hard time with it and it comes to the moment and we’re in the scene together. I’m messin’ up the lines cuz I want it so bad and we’re in front of the audience and we’re doin’ it and I’m furious and he holds on to me and he says ‘hey, relax, relax, it’s already in there you know what it is. Look at me, use me. Don’t act around me, act with me.’ So he’s talking me through it so I get it together. So I do the scene and he hugs me at the end and while he’s hugging me he whispers in my ear, “that’s f***in actin right there!” It makes me teary right now. I was using him. I wanted him to want me. I wanted him to approve of me. So actually in that scene, I was transferring that energy.”

Special guests were also a big part of the show, showcasing an all-star lineup of legends and future stars throughout the years including Queen Latifah, Malcolm-Jamal Warner, Boyz II Men, William Shatner, Ken Griffey JR., Jay Leno, and even Donald Trump. Not to mention Will’s all-star lineup of girlfriends and dates such as Queen Latifah, Naomi Campbell, Jasmine Guy, Nia Long (twice), Robin Givens, his longtime friend from Philadelphia, Tyra Banks, the one he fought for live on television during a boxing fight, Stacey Dash, and of course the love triangle of Elise Neal and Pam Grier.

It is safe to say it was a show unique to the 90’s, but one that carries legendary status among millennials today, and gives a glimpse into what that time was like for the new generation as reruns continue to play multiple times a day today.

The legacy and concept of the show will live on as Will Smith announced that Peacock, NBC’s streaming platform ordered two seasons of a drama reimagining of the show titled Bel-Air following a fan trailer which went viral online.

The Fresh Prince of Bel-Air aired Monday nights at 8PM EST on NBC. The show lasted from 1990-1996, and is currently streaming on HBO Max.

Will Smith, Tatyana Ali, Karyn Parsons, Joseph Marcell, Daphne Maxwell Reid, Alfonso Ribeiro, and DJ Jazzy Jeff will all return together for the first time in years for a special reunion special to honor the show’s 30th anniversary. It is scheduled to be released in November. No word on whether the first aunt Vivian Banks, Janet Louise Hubert will be featured in some way following continued comments about the departure from the show in recent years. James Avery who played Uncle Phillip Banks tragically passed away on December 31, 2013.

The last time they were seen together was in 2017.

What was your favorite episode of the Fresh Prince? 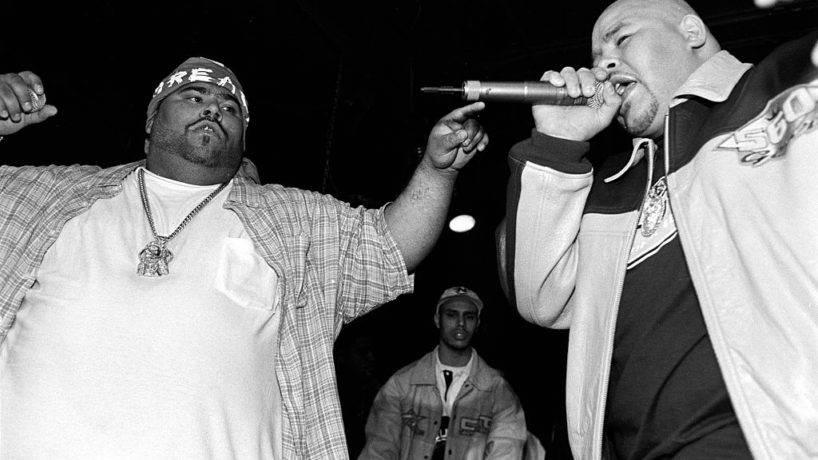 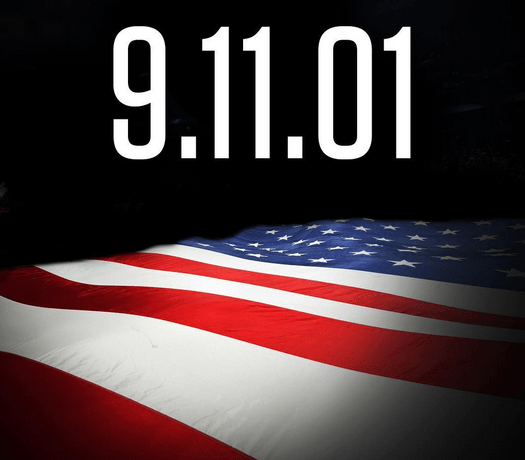 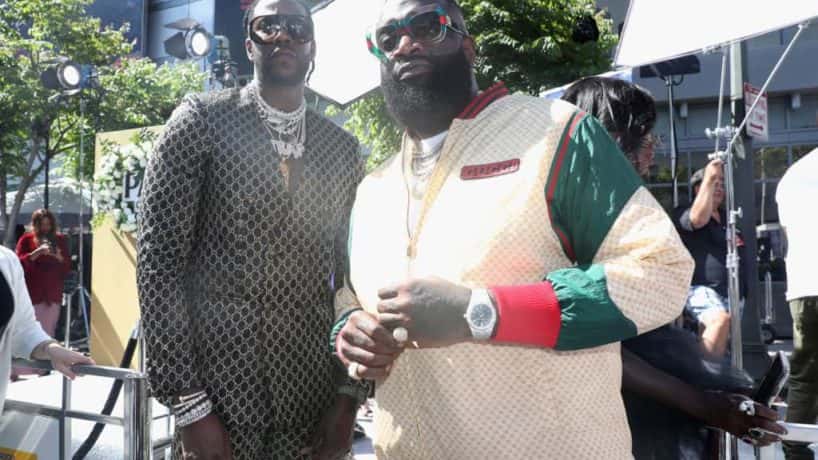 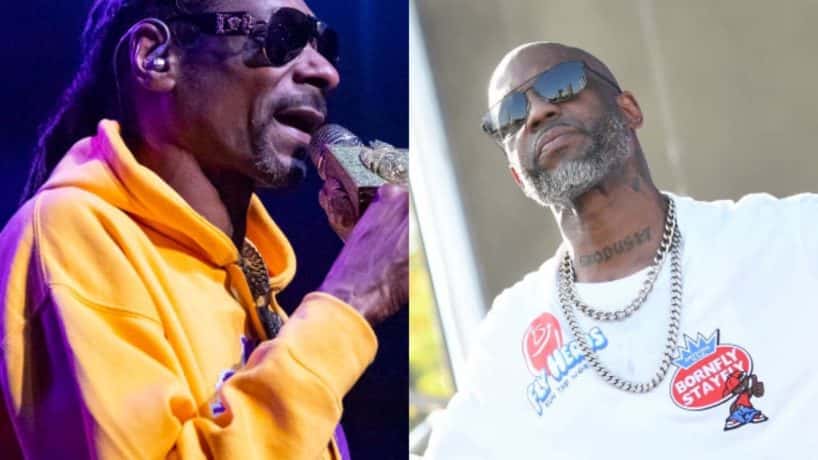